Minalex Aluminum Extrusion Goes Beyond The Call Of Duty To Help Save A Soldier’s Life.

Imagine this scenario: You’re a member of the military and your unit has been deployed to Afghanistan. Today, your unit is on a routine patrol. The hot desert conditions and your heavy combat gear combine to make the mission a true challenge. But fortunately things are quiet and uneventful. Then, suddenly, a shot rings out and one of the men in your unit falls to the dry, dusty earth. Seeing this, you think the worst until he quickly rises from the ground and scrambles to safety alongside you. Upon inspection, you discover that an enemy sniper’s bullet meant to cause him deadly harm has been rendered harmless by the helmet he’s wearing.

Sounds like a scene from a Hollywood movie, doesn’t it? Well it’s not. The story is true and in the middle of it all as witness to the event was Army Private First Class (PFC) Rob Regan, son of Minalex General Manager, Chris Casey, whose company is a supplier of custom miniature aluminum extrusions to military contractors and suppliers. Rob, who currently works at Minalex full-time, represents the third generation of the company founded by his grandfather, Jim Casey, in 1965. Rob was a sniper scout deployed in the Middle East and on patrol with his unit that day in December 2013 when the actual incident occurred. 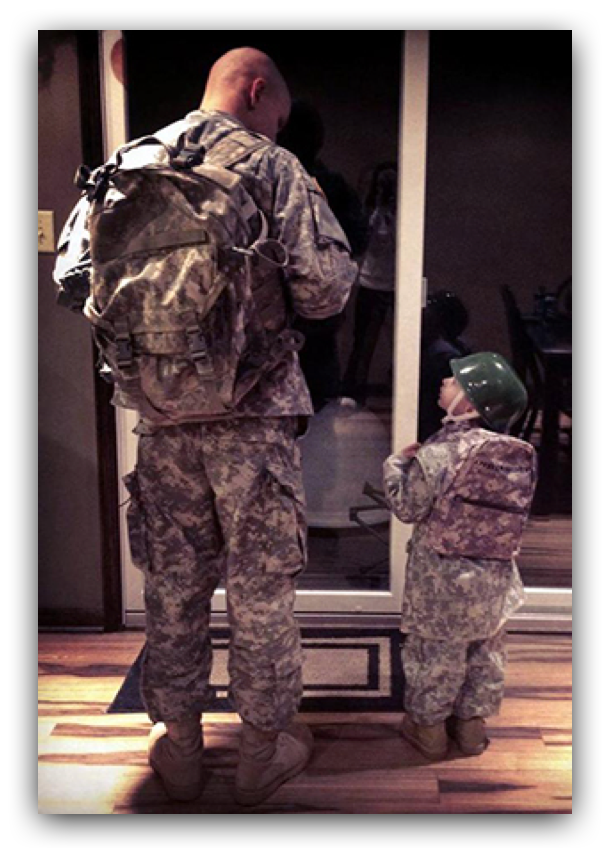 The part responsible for stopping the deadly projectile was a baseplate located in the front of the helmet. In fact, this aluminum part that performed far beyond the call of duty was actually a Minalex-manufactured aluminum extrusion that is used as a hanger to attach various tactical components to a helmet like cameras and lights used in combat. Rob recalls the discovery of this amazing coincidence; “It didn’t take long to recognize the part. It’s familiar to me since I had worked at Minalex during the summers while I attended school before joining the military.”

While the life-saving act of this particular miniature aluminum extrusion is quite unique, Minalex parts can be found reliably performing in a wide range of products, armaments and equipment throughout every branch of the United States Armed Forces. Aluminum is considered to be an ideal material because of its light weight. Minalex supplies over 100 different parts to one military supplier alone, including some used in the manufacture of more than thirty thousand helmets produced annually.

Working in partnership with a large number of military contractors and suppliers to the Army, Navy, Air Force and Marines, Minalex has been providing thousands of custom miniature aluminum extruded parts for many years. In addition to helmets, Minalex extrusions can also be found in everything from soldiers’ backpacks to rocket launchers, to the rockets themselves. The company has even been called on to contribute parts for leading-edge research and development programs for the Navy Seals.

To Minalex, and all its customers, reliable and certifiable procedures and products have always been the highest priority. Today, after more than 50 years, it continues to maintain its highly proactive approach in establishing and maintaining the highest operational and manufacturing standards as a fully AS9100 and ISO9001 certified company, with Aerospace Materials Standards (AMS) Specs, Military Standard (MIL) Specs, and Quality and Quantity (QQ) Specs.

Chris Casey concludes, “When Rob contacted us from Afghanistan to share the good news, everyone at Minalex was truly excited. It made us particularly proud of our reputation as a trusted, dependable resource for manufacturing precision partnerships in support of our country’s military.”