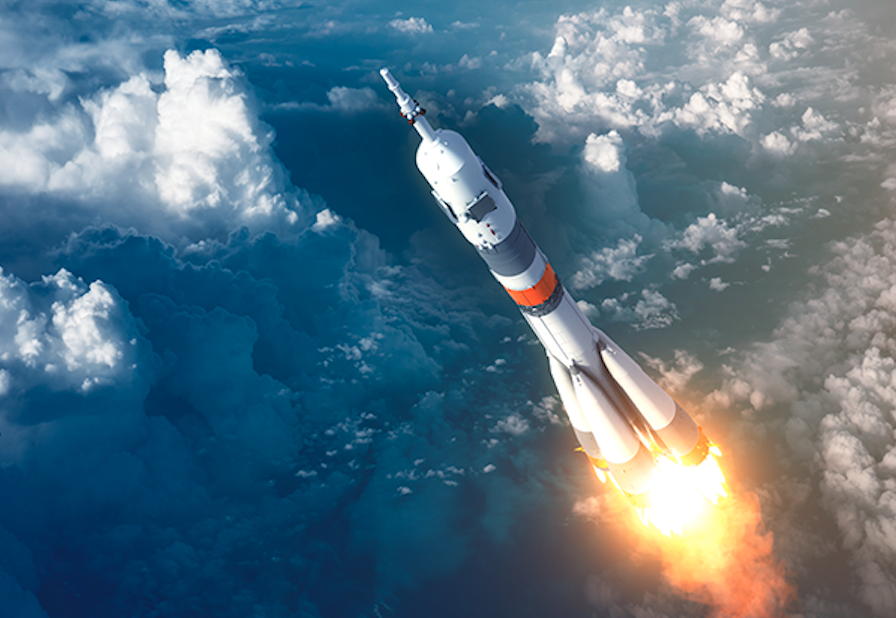 Look up to the heavens on a clear night, and you will see countless twinkling stars. What you won’t see are the hundreds of satellites and rockets orbiting the globe. Many of these contain miniature aluminum extruded components from Minalex, a leading supplier to the aerospace industry since the earliest days of space flight.

Since NASA’s inaugural Mercury and Apollo missions, parts made of aluminum have always been highly valued by the aerospace industry because of their lightweight, performance characteristics, and cost efficiencies. Today, Minalex continues to work with NASA through its subcontractors, providing an array of custom miniature aluminum extrusions. Minalex also works directly with some of the entrepreneurial companies that are forging the future of commercial space flight and rocket propulsion.

One such client is SpaceX. Founded in 2002 by Elon Musk, the driving force behind the breakthrough all-electric-powered vehicle brand Tesla, the company has been a continuing customer for over a decade. “We originally caught the attention of SpaceX because of our qualifications as an AS9100 and ISO9001 certified company, with Aerospace Materials Standards (AMS) Specs,” General Manager, Chris Casey recalls. “SpaceX followed up with a visit and conducted a direct audit to verify our operations and quality standards.”

Following that initial inspection, Minalex was awarded a project for an aluminum extrusion that was a structural part in the cargo hold of a rocket, which delivers supplies and equipment to the International Space Station. Among the more than 30 parts currently supplied by Minalex to SpaceX, one can be found in the hyper-HEPA air filtration system of the SpaceX Dragon2, a free-flying spacecraft designed to deliver both cargo and people to orbiting destinations and safely return cargo to Earth.

In addition to SpaceX, Minalex supplies parts to almost 50 other aerospace clients, requiring hundreds of thousand of pounds of lightweight aluminum every year. One such client is a large, well-known aerospace and aeronautics company, a customer since 1978. It utilizes Minalex-extruded finned tubes with extremely tight tolerances in virtually all of its satellites. Depending on the size of each satellite, as much as 2000 feet of aluminum extrusions may be required. Working with divisions in Pennsylvania, Florida, Colorado and California, Minalex also supplies their client with satellite filter frames and other parts. Close to sixty projects – not all space related – recur, some on a daily basis, with several dating back to earliest days of the relationship. Another industry “giant,” Boeing Aerospace, has been a client since 2007. Minalex also works with Boeing Aerospace subcontractors on a regular basis.

Along with providing parts for use in space, Minalex also produces aerospace aluminum extrusions for use in the skies a bit closer to earth, and sometimes under the most urgent and critical of circumstances. “A few years ago, we received an emergency request from a client for a part to correct a heat and fire problem in one of its jet aircrafts,” Casey remarks. “Our solution, accomplished in just three days, provided them with the structural parts necessary to relocate the power source responsible for the issue, and eliminate the problem.”

Minalex continues to work with many aerospace contractors on a regular basis and over long periods of time. A Connecticut-based aerospace company uses parts in its oil coolers for both earth orbital equipment and commercial aircraft. For another company who has been a customer since 1992 – Minalex regularly provides heat pipes that help maintain a cool operating environment for electronic equipment in satellites. For a large multi-industry technology and engineering company, a client of almost 25 years, it not only provides parts bound for space, but also for use in the coolers of trucks and tractors.

“We’re very proud of our ongoing contributions to the exploration of space,” concludes Casey. “Thanks to the abilities and deep experience of our team of technical experts and service personnel, our company is well positioned and ready to provide aluminum parts for the next generation of aerospace challenges, as well as those right down here on planet Earth.”